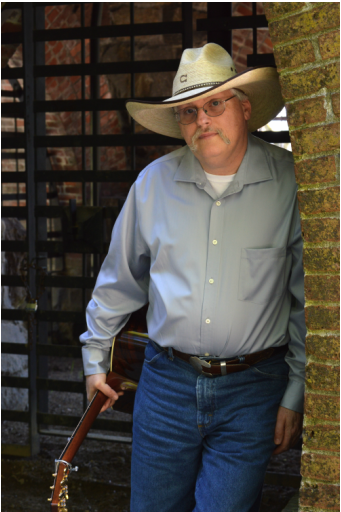 Steve Blanchard has always had a guitar in his hands. Since the age of 3 1/2, he has been captivated with the instrument. Growing up in New York City, Steve enjoyed the musical diversity of the Big Apple. As a young lad, he listened to the "British Invasion" of the '60s and '70s. Steve also grew up with country and bluegrass music in his home. By the age of eight, his older brother, Herb, started to show him basic chords and strums on the guitar. By the time he entered high school, he was an accomplished player. His influences range far and wide, with particular attention to bands such as The Byrds, Poco, America, Jethro Tull, Renaissance, and artists like Gordon Lightfoot and Simon and Garfunkel. At 18, Steve enrolled in the Guitar Study Center in NYC. While there, he was exposed to artists Norman Blake, Van Morrison, and Leo Kottke. Steve immediately took to the guitar of Norman Blake which triggered a life long pursuit of flatpicking guitar.

In 1979 Steve moved to Oregon to help start the band "Longbranch" with his brother Herb. During that time Steve was listening to Dan Crary, Tony Rice, Doc Watson and Blake, trying to capture the essence of flatpicking. Around that time Steve also joined the Portland band, "The High Water Boys" as a part-time player on the mandolin and guitar. By 1983 Steve was attending college while taking a break from performing. He still played the occasional gig and continued to study the flatpicking style of Blake, Rice, Clarence White and many others. It was about this time that Steve became interested in western/cowboy music. It seemed like a natural choice because he had always loved the Western lifestyle.

In the mid '90s, Steve met Oregon's legendary flatpicker, Dale Adkins, and the fire was re-kindled with a vengence. Since then Steve has become an accomplished performer in his own right. By the late '90s Steve had established "Steve Blanchard and the Open Range" as well as a solo career in western music. His love of cowboy and bluegrass music seemed like a natural fit. His band enjoyed good success in western circles.

In 2002, Steve joined the "Bill Jolliff Gospel Bluegrass Band" and performed around the Pacific Northwest. In 2004 he joined the Spokane based "Prairie Flyer" which is one of the most beloved bands ever to come out of the Northwest. It was with the "Flyers" that Blanchard established himself as one of the finest bluegrass guitarists of the Pacific Northwest. Currently, Steve is performing with Matt Snook, a Portland based duo "Slipshod."

Steve continues to push the envelope of his playing. He is exploring multiple musical endeavors along with looking to revive his solo career. Be sure to catch him down the road in the near future. Wagons Ho!